Check out ‘Music for Everyday Life’ on Spotify here and add it to your play list.

You can purchase the album on CD or digital download at CDBaby here. 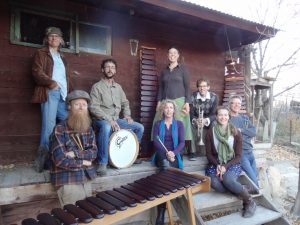 We look forward to sharing the fun inspiring sounds of these instruments and this music with you. Check out our Embodying Rhythm Marimba page for more information on the ensemble, the album and the marimbas themselves, as well as marimba lessons, workshops, performances, classes, residencies, and how to get involved and learn to play the marimbas.

David Alderdice is the Founder, Producer, and Artistic Director of The World Music in Paradise Concert Series, Educational Workshop, and In-School Music Outreach Program. Concerts are hosted by the Paradise Theatre of Paonia. Visit the Embodying Rhythm World Music Page for information. Here is a link to David sitting in with master frame drummer and teacher, Glen Velez, during his concert on the series in September 2019. 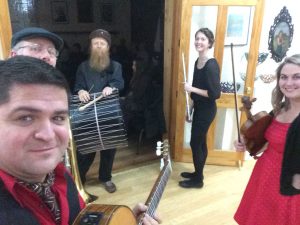 David Alderdice and Friends is a fun musical performance project that David puts together with a bunch of his favorite musicians for occasional concerts to try out some of his new musical ideas, original arrangements, of some of his favorite tunes from around the world. He really enjoys trying new and not commonly heard sound combinations and fun timbre pairings with the instrumentation. Most recently, David Alderdice and Friends manifested as David on percussion, Zachary Reeves on cello, Dr. Benjamin De Kock on upright bass, and Dylan Fixmer on mandolin, trumpet, and acoustic guitar, playing music from around the world (a lot of gypsy jazz) as well as playing live music to the silent Charlie Chaplin film, ‘It’s a Dog’s Life’. Before that David Alderdice and Friends manifested as the Musical Caravan Ensemble with Javier de los Santos on classical guitar, Stephanie Mientka on viola, Jeannette Carey on sousaphone, flute and solkattu, Dave Noe on Trombone, Arlyn Alderdice on marimba, guiro, and solkattu and David on Drumset, Framedrums, tupan, melodica, dumbek, marimba, vibraphone, gong, solkattu, bongos, desk-bells, handpan, bull-roarer and other fun sound f/x toys, caxixi and other shakers, cowbells, and castanets.

David is also joined frequently by Dr. Marcin Ardent on violin and Dr. Kimberly Patterson on cello, and occasionally by April Johanesson on bass clarinet, Joseph Mentoni on piano, Tony Peters on Trombone, Mitch Montelegre on double bass, and/or other special guest musicians. They play a variety of music from around the world that’s fun to listen and/or dance to. 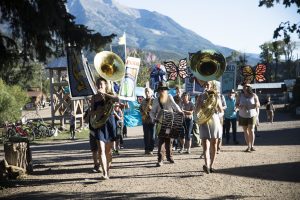 David Alderdice and Jeannette Carey co-founded and direct the multi award-winning NFV Community & Parade Band. David plays melodica and drumset for their sit-down performances and, plays snare drum or tupan (a Turkish/Balkan styled Eastern European bass drum) and apito (tri-tone samba whistle) for their parade appearances. David arranges much of the music for the group. Rehearsals are Monday nights at the Hotchkiss High School band room and there are currently around 40 revolving members. Formerly known as the ‘Funky-Gorilla-Second-Line-Squeaky-Chair-Samba-Parade-Band’ which hosted the first three annual Mountain Harvest Festival Participatory Parades, 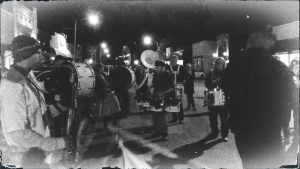 The NFV Community & Parade Band has taken parading on the Western Slope up a few notches with their funky grooves and multi-person parade puppets. They won the Grand Champion Award as well as 1st place in the music category at the 2016 Pioneer Days Parade and they won the overall 1st Place Award in the Paonia Cherry Days Parade in 2017, along with other awards at various regional parades throughout the past few years.  If you’d like to join them in parade, or bring them to liven up a parade near you, or if you have any funky parade related questions, contact David. The NFV Community Band would like to thank the Learning Council for their ongoing support of this project.

David is one of the founding members of the classical Celtic world fusion group FEAST. Starting as a quartet in 2005 featuring violin, cello, electric piano and drumset, the FEAST ensemble now usually consists of violins, violas, cello, bass, electric piano, pedal harp, drums, and auxiliary percussion as well as Irish dancers. Sometimes a brass section, some singers, and/or other types of dancers are added to the show.

Based in Colorado, FEAST has done multiple tours throughout the Western and Midwestern United States as a 14 piece crew consisting of violin, viola, cello, bass, keys, drums, percussion, 2 Irish dancers, lighting guy, sound guy, tech guy, road manager and bus driver. FEAST was featured for a TV special on Rocky Mountain PBS and has toured Europe as both a quartet and a quintet. Check out David’s drumming on FEAST’s CD or DVD “Celtica Symphonia” recorded live at the Vilar Center in 2008.  www.musicbyfeast.com

Their repertoire consists of a bunch of dirty old New Orleans blues tunes and some Appalachian hollers, with some modern tunes through into the mix. They are sometimes joined by special guests, Lizzy Plotkin on violin and Dylan Fixmer on trumpet. Check out David’s drumming and some of Jon’s original songs on the Grizzly Pears 2016 release, “Apertif”. 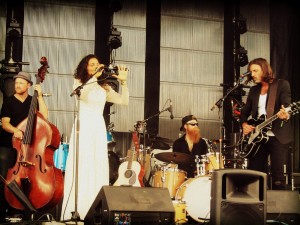 David, along with Bridget Law (of Elephant Revival) and Charles Parker Mertens (of Thievery Corporation) fill out the touring band for the lush, soothing,  healing, and heart-felt rockin’ sounds of Mr. Kurt Baumann and Ms. Katie Gray in the Orcas Island based band, the Sea Stars. www.seastarsmusic.com. Check out David’s drumming on their albums – “The Unknown” 2013 and “Zodiac” 2012.

David plays occasionally with Cooper and the Three Tinkers. Musicians include: Greg Cooperman on keys, accordion, and vocals; Daniel Be on electric bass; Tony Peters on guitar and trombone; and David Alderdice on drumset and percussion.

David sits in and plays regularly with other amazing, fun, and talented artists when they are traveling in the Rocky Mountain region, including the award-winning soulful Americana stylings of the Portland based duo Pretty Gritty www.pretty

David enjoys creating live sound effects, percussives, grooves and soundscapes for multi-media presentations led by the adventurer, story-teller, and author Craig Childs www.houseofrain.com. David and Craig have been working together on a yearly winter solstice themed multi-media presentation entitled Dark Night, every winter since 2008. In 2018 they started annually teaching a summer weekend Rhythm and Writing Workshop in Norwood together.

Check out the video pages on this website to see David in action with these groups. 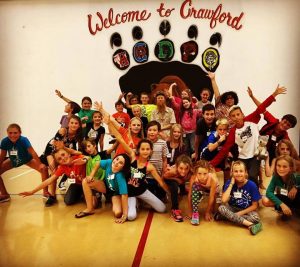 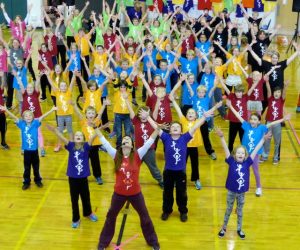 to get 1st through 8th graders in the public schools of Colorado, New York, and Mexico movin’ their bodies. Celebrate the Beat (CTB) is sponsored by the National Dance Institute. David is the musical director for the Delta County CTB residencies and plays drums for the CTB residencies in Crested Butte and fills in some for the year long CTB program in Eagle County. www.ctbeat.org.

David has been on the board of directors for the North Fork Valley based 501(c)3 non-profit The Learning Council, which is a community organization supporting lifelong learning and education as a resource for everyone.

The Learning Council provides complimentary educational options, celebrating the Arts and agriculture, stimulating creativity, and enriching local culture. For more info on TLC visit thelearningcouncil.org. The Learning Council is a big supporter of the Embodying Rhythm Marimba Project as well as The North Fork Valley Community & Parade Band which is co-directed by Jeannette Carey and David Alderdice. The Band meets every Monday evening at the Hotchkiss High School Band Room. The Learning Council in collaboration with the Mountain Harvest Creative and the Blue Sage, formed Arts For All, an organization who help David and the Paradise Theatre bring the musicians from the World Music in Paradise Series into the local schools for music outreach.

David has played with different theatre companies and has played drums and percussion in pit bands and orchestras off and on since 1996. His  performances include, The Nutcracker, Carmina Burana, West Side Story, Godspell, Pirates of Penzance, Crazy for You, You’re a good man, Charlie Brown, Seussical the Musical, and many others.

David has been a session drummer on dozens of albums ranging throughout many different styles and genres. He has recorded throughout North America and has been first call drummer for recording studios in the D.C., Maryland, Virgina area as well as throughout Colorado. For David’s discography click here.